March Madness Contest without the Eliminations 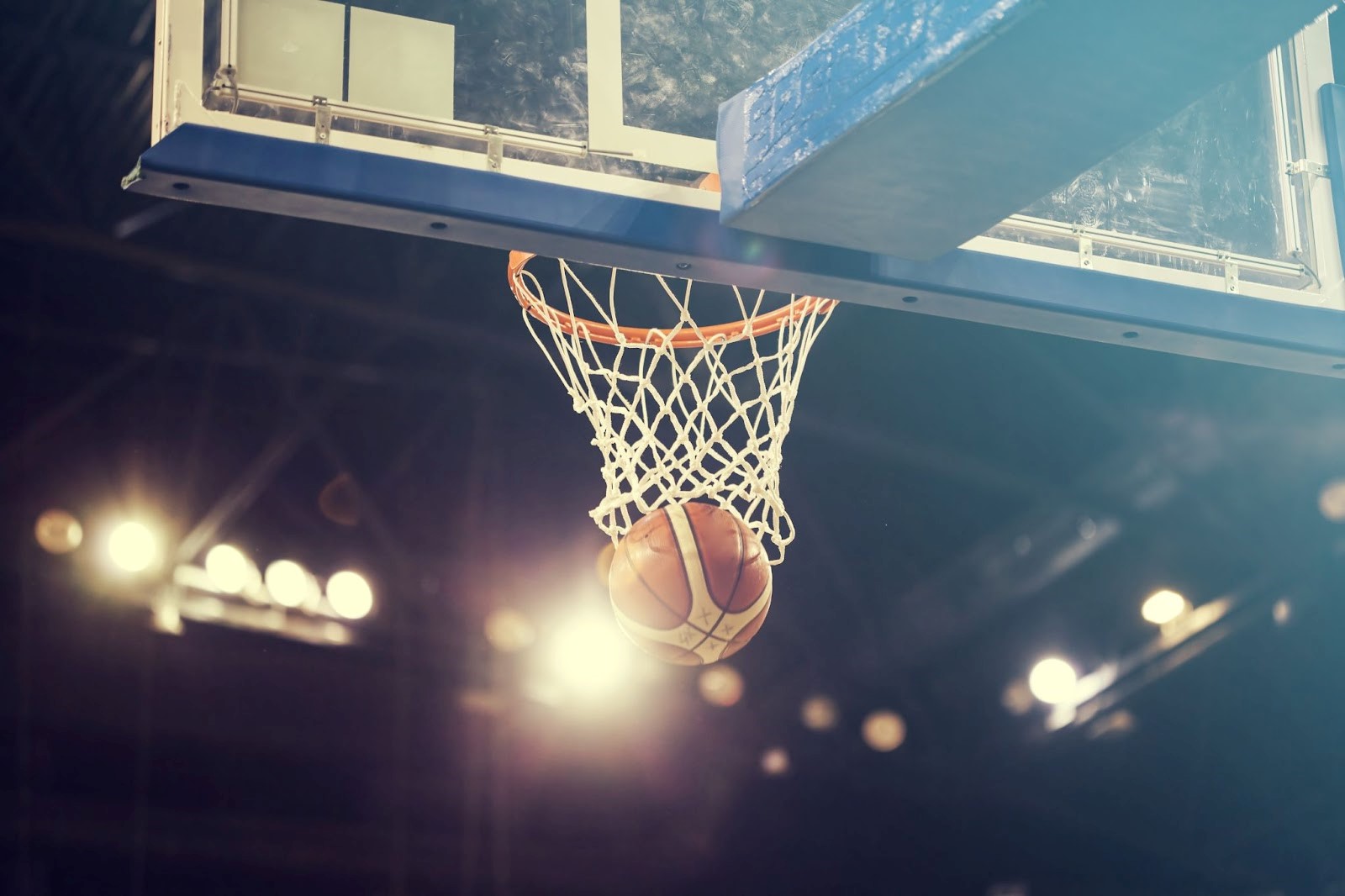 Looking for ways to motivate your sales staff to meet some crucial sales goals in the month of March? One best way to get your team going is by organizing a March Madness-themed sales tournament on your sales floor. In our previous blogs, we have explained how to run a single elimination march madness sales contest for smaller and larger sales teams.

However, a march madness contest with eliminations fails to engage all the sales teams in the crucial sales activities and deprives them of the opportunity to contribute. So, in this blog, we have designed a unique model of the March Madness sales contest which does not have any eliminations. This model ensures that all your sales teams participate in the contest till the very end. Also, it ensures that everyone has the opportunity to contribute and win something in the game.

Design of the March Madness Contest Without Eliminations

Define the Objective of the Contest:

Every great competition starts with a clearly defined objective. So, sit with your team of decision-makers and decide what is it that you want to achieve through this contest. You may want to,

Whatever it is, make sure that you make your agenda clear to everyone, right from the management to the employees

Next, choose the KPIs that you want to measure in the contest. It’s important to choose the right KPIs for your contest. Because these KPIs determine the rules and the ultimate result of your contest.

Here’s what to keep in mind while choosing the contest KPIs: 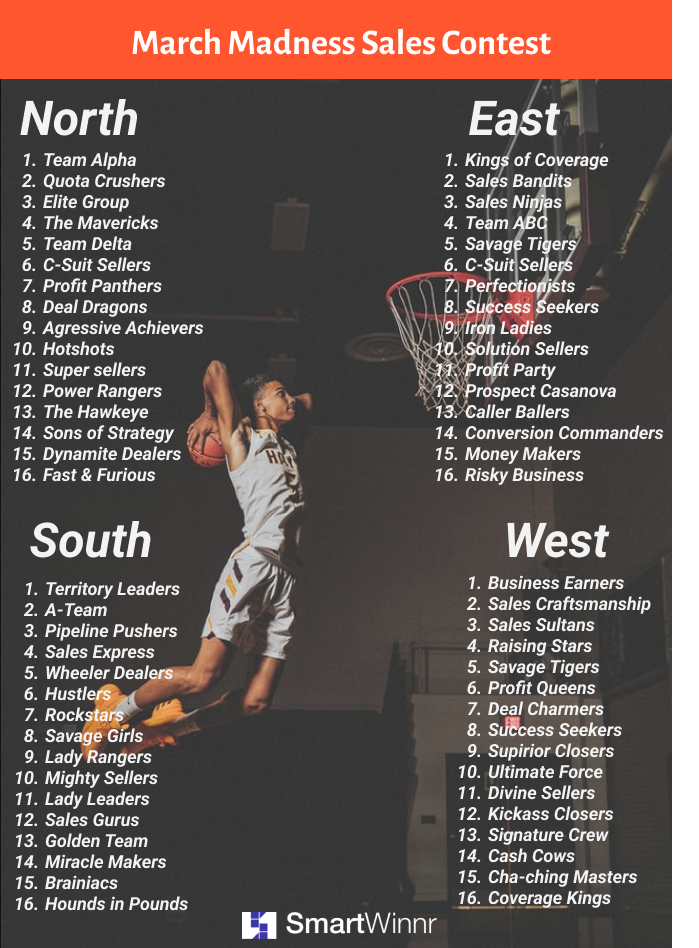 Create team matchups for the challenge:

Next, reate matchups. Determine which team competes against which one. You need to match up the teams based on their seeding in their respective region.

Pit a team with another team that comes immediately next to it in a region. Here I will explain how to do this matchup for one region i.e North. And the same needs to be done for the other 3 regions.

We have 16 teams in the North region, ranked from 1 through 16. Now pit the first team in that region with the second team (Team 1 vs Team 2). Next pit the third team versus the fourth team (Team 3 vs Teams 4). Here is how the matchups are going to look like for the North region:

Just like March Madness, we can have 4 rounds here

Round 2: For the second round, organize the teams again based on their scores in round 1. For example, in each region, the team with the highest score will be given the first spot. The team with the second-highest score will be given the second spot and so on. This has to be repeated in all 4 regions. And then run the second round by pitting the consecutive teams against each other in each region. At the end of the round, give exciting gifts to the teams that outperformed their opponents in this round

Round 3: For round 3, calculate the total scores of the teams from rounds 1 and 2 (Score of Round-1 + Score of Round-2). Then organize them in their respective regions in the descending order of their scores. And then conduct round 3 by pitting the consecutive teams in each region against each other. After the round ends, give exciting gifts to the teams that scored more than their opponents.

Round 4: For round 4, calculate the total scores of the teams from rounds 1, 2, and 3 (Score of Round-1 + Score of Round-2 + Score of Round-3). And then organize them in their respective regions in the descending order of their scores. Then conduct round 4 by pitting the consecutive teams in each region against each other. After this 4th round ends, give exciting gifts to the teams who beat their opponents.

Check out the image below to understand the matchups, seedings, and rounds more clearly: 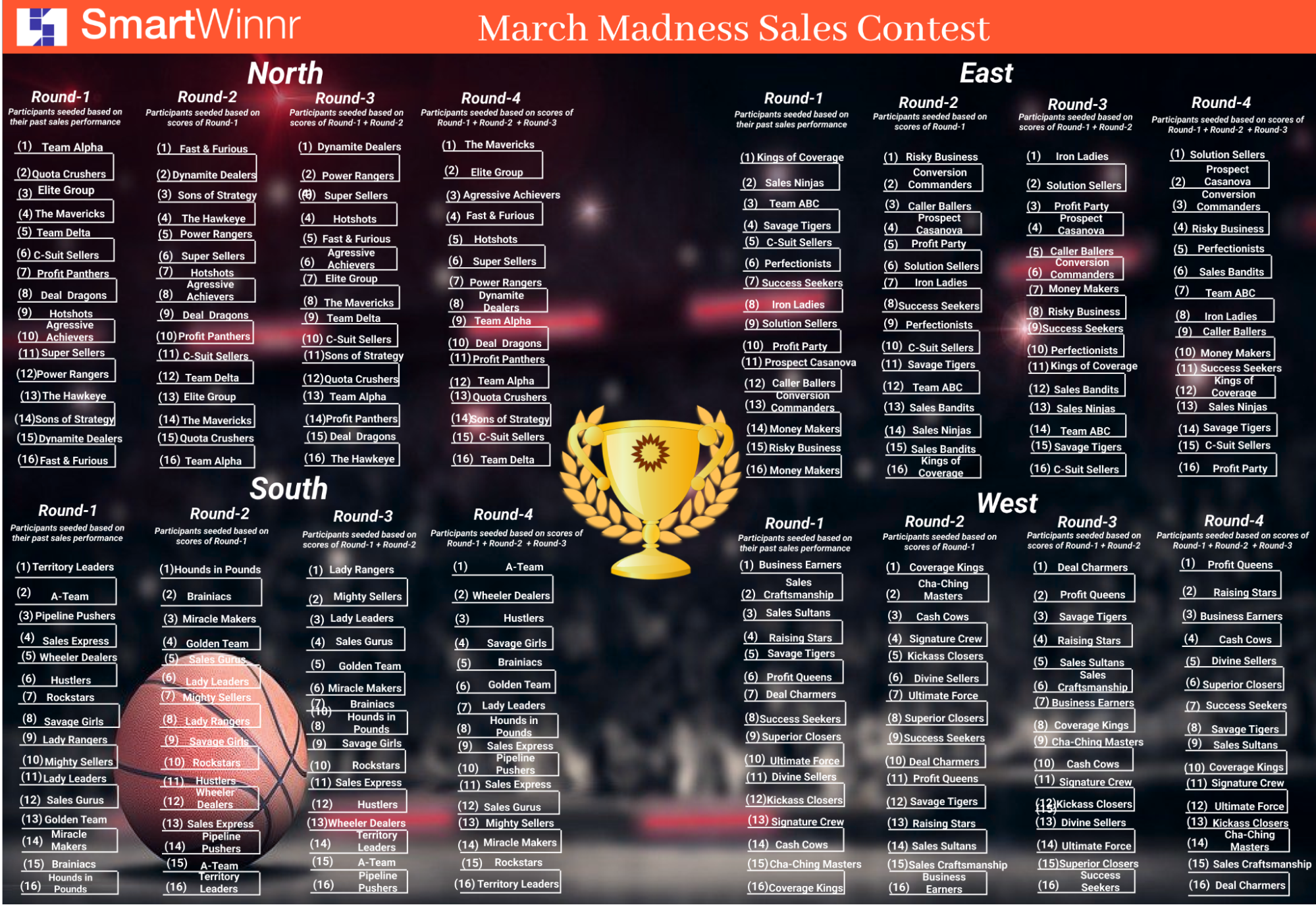 After all the 4 rounds are done, declare the winners of the contest in the following way:

Championship Trophy: The team that stands tall with the highest score in all the 4 regions wins this trophy and along with it a huge cash bonus

Gold/ Silver/ Bronze Medals: Select the top 3 teams in each region. Present gold, silver, and bronze medals to the 1st, 2nd, and 3rd teams respectively in each region.

Star Performers: Give this award after each round to appreciate the teams that performed well in the round

Buzzer Beater: This award goes to the team that has unexpectedly climbed to the top of the leaderboard in any of the rounds with a minute difference in the achievement

Cinderella: This award goes to the team that has started as a weak performer at the beginning of the tournament but has exponentially improved over the course of the contest

Torch Bearers: Give this award to the team that has proved to be the most inspiring and hardworking team in this contest.

Also, make sure that you give participation prizes to all the sales reps who have participated in this contest

Looking for more articles on March Madness Sales contests? Check out these links below:

8 Tips to Create your Sales Contests around March Madness

How to Design a March Madness Contest for a larger team (>500)?

Looking for sales contest ideas that are particular to your industry?

Looking for sales contest ideas for different months? Check out this below:

May - 8 Sales Contest Ideas for May

Searching for award names and prizing ideas to give out to your contest winners? Read these articles below:

How will you communicate the contest to your participants?

Once you have a perfect contest idea and a suitable name for it, focus on communicating it effectively to your participants. Follow our sales contest communication template to announce your contest.