What Sales lessons can you learn from successful entrepreneurs? 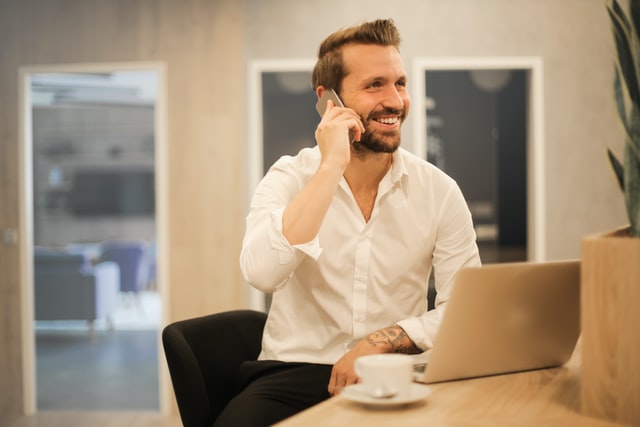 Just like “Fine Craftsmanship”, there is something known as “Fine Salesmanship”. And a few legendary personalities have mastered this craft of salesmanship over the past few decades.

If you ask me about the best sales professionals, I would take the names of some of the most successful entrepreneurs of our time.

Because establishing a brand takes passion, innovation, creativity, critical thinking skills, and most importantly sales acumen and expertise. While great ideas are a dime a dozen, successful entrepreneurs know that it takes, hustle and grind of sales to build a business

In this blog, we are going to look at 5 inspirational stories of entrepreneurs from whom you can learn some crucial and valuable sales lessons.

Billionaire Nick Woodman is the founder of GoPro, the adventure-proof 35-millimeter camera. While on a trip in Australia and Indonesia, he put together an early prototype consisting of a waterproof camera tied to a band to record himself surfing. This is how, thanks to his mom’s sewing machine and a few hundred dollars, GoPro was born.

As the son of an investment banker, he wasn’t entirely self-made, but he did get an early start in sales to help fund his idea. Woodman and his wife sold shell necklaces they bought for $1.90 in Bali along the California coast, for $60 each.

While the necklaces may have seemed small and insignificant, Woodman noticed that this jewelry served as more than decoration– it represented a beach lifestyle that people were willing to pay for.

His sales secret: Sell the lifestyle

“GoPro is all about celebrating an active lifestyle and sharing that with other people. It’s authentic. It’s not a brand that we went out and bought a bunch of ads to create.”

Just like with his necklaces, Woodman decided to sell the lifestyle associated with the product, rather than the product itself. His entire marketing campaign is centered on the jaw-dropping experiences of these people using the GoPro. Woodman sells the stories, the adventures, and the lifestyles that GoPro will capture, aided by the high-quality footage his product produces.

John Paul DeJoria is best known as the co-founder of the John Paul Mitchell Systems, hair products that stock the shelves of over 150,000 salons.

But his entrepreneurial craft has its origins in his early days as a sales rep. DeJoria’s first job out of college was selling Redken hair products door-to-door.

The job was thankless, paid him $600 a month which was hardly enough to pay for his foot, and also this was during a major gas shortage. DeJoria used to wait for hours in line, just to get the fuel necessary to do his job.

But all those years of building up thick skin paid off better than DeJoria could have imagined. He and his partner Paul Mitchell had to relentlessly push their product for years, before it took off and became a massive success.

His sales secret: Survive the “No”

“I don’t care how good your idea is, no matter how unique it is, you’re going to get a lot of rejection. You have to be able to knock on door number 100 and be just as enthusiastic at that door as you were on the first 100 doors that were slammed in your face.”

When Dejoria started John Paul Mitchell Systems, he sold the products out of the trunk of his car. For two years, he barely made rent while the company was on the verge of bankruptcy. But because he was able to stomach rejection for two straight years, his business was still standing when he finally caught his big break. This resilience and grit is what enabled him to grow John Paul Mitchell Systems into a multi-million dollar business.

Howard Schultz is the chairman and CEO of Starbucks, the largest coffee chain in the world. Although he didn’t create the brand, he is responsible for growing the company from one coffee house to 20,737 in 62 different counties, with a revenue of $16.45 billion.

Growing up in a low-income family, Schultz was determined to get an education and achieve financial success. So after he graduated college, he started his career as a salesman at Xerox’s $100 million headquarters in Virginia—a place he now calls the best sales school in the country. Leveraging this training, he went on to outperform his peers at every subsequent sales job.

One day, when he was working as a kitchen appliance salesman, Schultz walked into a small coffee shop in Seattle called Starbucks. He fell in love with the coffee that Starbucks served, and his sales senses told him that the shop could amount to much more than just coffee beans.

His sales secret: It’s all about the experience

Schultz’s time at Xerox taught him to always raise the stakes— to find ways to sell the brand and not just the product. During a visit to Milan, he finally figured out what Starbucks had been missing: the cafe experience. Italian cafes weren’t just places that sold coffee— they were little nooks tucked away in every corner of the city that were conducive for leisure and socializing.

This realization enabled Schultz to build the coffee empire that revolutionized American coffee shops—transforming them from nondescript storefronts to cozy, intimate lounges. Schultz’s sales experience helped him build a brand that stood for a great experience. You can buy a good cup of coffee anywhere, but Starbucks gives its customers way more.

Gary Vaynerchuk is a well-known celebrity in tech startup circles, but his unlikely rise to fame was in the wine world. Now a world-renowned wine critic, entrepreneur, and New York Times best-selling author, he came from humble beginnings and found success thanks to his natural sales grit.

After college, Vaynerchuk went to work at his dad’s small liquor shop in New Jersey: Shoppers Discount Liquors. By harnessing the reach of the internet—a pretty novel idea in 1994— he built the first-ever wine e-commerce business. Through just a webcast, he was able to command the attention of thousands of wine enthusiasts with his charisma, growing his online experiment to a $4 million business.

His sales secret: Be authentic

Vaynerchuk’s first sales venture was when he was in sixth grade, selling baseball cards. He remembers that his teacher called him out on ripping kids off but he just genuinely believed that the baseball cards were worth far more than what they normally went for. “We all had the same price guide,” explains Vaynerchuk, “I wasn’t tricking people; I just convinced them that my product was undervalued and their product was overvalued.”

Many people think that selling means putting on a face and pretending that you care about what people want. Vaynerchuk believes in the opposite. Vaynerchuk still considers himself a salesman first, and he says that he owes his success to his authenticity. People don’t want to feel scammed, they want to feel helped by an expert.

Well-known as one of the sharks on “Shark Tank,” Mark Cuban’s biggest success as a businessman was the founding of the startup Broadcast.com, an internet radio company that he sold to Yahoo! for $5.7 billion in 1999.

Since then, he’s stepped back from entrepreneurship and enjoyed being a billionaire. When asked by Rolling Stone what would surprise people about the billionaire lifestyle, he said, “Nothing. It’s amazing.”

But Mark Cuban’s first entrepreneurial venture was not so glorious: selling garbage bags. His father told him that if he wanted new sneakers, he had to earn them.

So, after doing some research, he went door-to-door selling garbage bags. And he earned his sneaker money because he knew what the people wanted: cheaper garbage bags, free of the hassle of having to go to the store.

His sales secret: Solve their problems

“Learn to sell. In business, you’re always selling—to your prospects, investors, and employees. To be the best salesperson, put yourself in the shoes of the person to whom you’re selling. Don’t sell your product. Solve their problems.”

Studies have shown that the best salespeople are the best informed. They “educate with new ideas” and “craft compelling solutions.”

At Cuban’s first software sales job, he read every technical manual and studied everything there was to know about the software industry. He wrote his own programs and developed expert-level knowledge in his product and his field. When he would see a prospect face-to-face, he was able to razor in on the pain, sell on value, and close the deal.

Years later, Mark Cuban still advises salespeople to be as well informed as possible. He says “they need to know the industry, the company they’re pitching to, and their business better than anyone else in the room”. Only then will they be able to see what’s in it for the customers.