8 Tips to Create your Sales Contests around March Madness 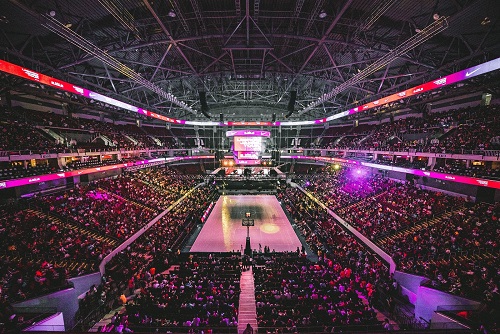 If you're a basketball fan then you must have been waiting all year for March. Because, March means March Madness—the craziest month for basketball lovers. This is the time when everyone comes out in mass to cheer for the best players in the country.

March Madness doesn’t only involve painting yourself blue. Your business can also tap into the March Madness fever by running Basketball/ Bracket styled contests. Many companies run this kind of sales incentive programs during the month of March. Warren Buffett is famous for giving away a million dollars every year for life to anyone who can pick the perfect NCAA bracket. Luckily, we don’t have to go to those lengths to have a little fun in our office during the NCAA basketball tournament.

Sports-themed contests work wonders in making your sales reps productive, sportive and encourage teamwork. So, get your creative juices flowing and use these ideas below to create the best march madness contests for your sales team.

Pre-populate tournament brackets based on the seeded modal (i.e. top-ranked player can play the bottom-ranked player, etc.). You could determine this seeding based on the previous activities of your reps such as prospecting, presentations, demos, opportunities, appointments generated, etc, However, you are free to make adjustments as you see fit.

In order to ensure fair competition, you may want to group your individual players according to their skill level or department (e.g. Rookies/Veterans or Mid-Market Sales/Large Enterprise Sales). Organize these groups into teams, conduct competition between them and then create a special player leaderboard for each one.

If you only let reps earn points for results metrics like closing deals or hitting quota, then your same top performers will always have a higher total. To motivate the middle 50 percent, incorporate activity metrics like making more phone calls, building pipeline or holding meetings with customers.

While running the one-month bracket game (in the month of March), it’s important to run parallel brackets for the sales reps who lose in the first round. Because someone might have had an off week, or they’re new and still learning the ropes. Either way, it’s good to have all the players engaged in the contest till the end.

So, consider modifying the typical single-elimination format. Take the first round of eliminated players and create a second-string tournament. Giving them a do-over is not only morale-boosting, but it also gives your reps the opportunity to learn from past experience and still allows them to be involved in the competition. Managers can use this as a coaching opportunity by giving reps tips and feedback that they can apply to their second chance.

4. Pop a shot on the sales floor

Rent one of those mini-basketball games for a few weeks, and have reps compete either during the morning sales briefing or throughout the day for prizes. For example, every opportunity generated or appointment set gives them 15 seconds to score as many baskets as possible. The more baskets they score, the more tickets they win towards a big prize drawing. Or more instant cash.

You could also have non-sales executives (like managers, finance, operations, and marketing) compete in front of the team to see who gets the most baskets. Then, you could have sales reps “bet” (without money, just with their vote) on who will get the most baskets. If they win, they get an extra point or two on commissions for closed deals or appointments set that day.

Another fun way to involve everyone, especially in larger companies, is to set up a Team Tournament. By putting all the teams or departments against each other, anyone and everyone in your organization can have an impact on the final outcome. You can use the March Madness model and set up your tournament according to location, or set it up based on departments.

An upset is a victory by an underdog team. In the NCAA basketball tournament, an upset constitutes to a lower-seeded team defeating a higher-seeded team. A widely recognized upset is the one performed by a team ranked substantially lower than its opponent.

Similarly, in your sales department, every time a lower-seeded team wins over a higher-seeded team, increase bonus or commission plans across the floor.

7. Ensure the leaderboard is visible

Make sure that everyone can see the contest results on their smartphones anywhere and at any time. Also, make sure that the results are updated frequently or in real-time.

Make sure that all the teams in your organization have a platform to collaborate and share their victories, celebrations, stories, and news about the march madness contest. This lets your sales reps to collaborate with all the sales employees of your organization across the borders, celebrate their wins and congratulate each other. This, in turn, breeds a better culture and higher results.

Use these ideas to organize interesting and useful March Madness contests to motivate and incentivize salespeople to perform their best. Also, research what kind of sports-themed sales incentives excite your salespeople and offer them as prizes to the contest winners.

Finally, we would like to say– get creative, have lots of fun and success!